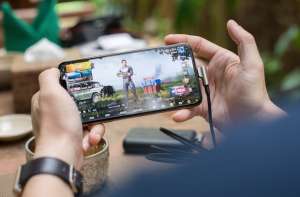 Effective Crisis Management in the Age of Social Media

The Best Chances of Winning in Playing Online Slots

In the world of mobile game app development, ignoring either platform for their presence is a big mistake a business would make. Apple and Google applications stores are prominent industry players and have a massive audience.

Opting for native app development for each platform is a costly approach for any business. Thus, cross-platform game development emerges as an effective solution for those aiming to be present on multiple platforms in budget.

Let’s cover some basics of it before moving on further.

What is Cross-Platform Game Development? 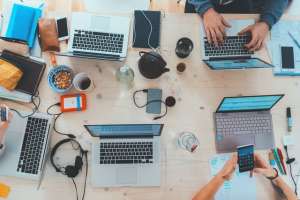 Going without understanding the basics will be unwise. Gaining knowledge is essential. Concerning the game industry, cross-platform game development refers to a game development functional to more than one platform at once.

The working mechanism of cross-platforms is in contrast to the native ones. Companies officially provide their native app development kit for developers to develop apps or games for their platform. However, cross-platform tools come from third parties, utilizing different technologies to make code reusable to multiple operating systems.

As a result, the code appears the same for all the programmers. In addition, developers use several scripting languages, game engines, SDKs, and software libraries for developing game parts dependent on the platform.

Development in cross-platform requires more brain and attention to detail. Missing out on nuances is easy when launching the game on multiple platforms. Many game reputations suffer in the market because of neglecting errors, loopholes, and proper test conducting. Their game application does not excite users due to this.

Selecting the right game engine is a key to lucrative cross-platform game development. There are some well-named options that every developer knows, and there are game engines that are exceptional in every aspect. Considering the best software application development company and the best multi-platform game engine to achieve the best is our task.

Centralized marketing pushes are more effective in catering to a single audience than competition among players of different platforms.

Cross-platform allow significant saving on developing a game. Besides, it gives you access to a number of platforms without creating for them separately. With that, the product’s future expansion costs are also kept to a minimum.

Your audience reach expands with your game present on multiple platforms, facilitating multiplayer experience and socializing side-by-side. However, ensure your game to be consistent between markets and aid you in handling the player base.

Leaderboard and matchmaking like things in cross-play for multiplayer games, become simplified because of centralized handling of data and expanded player pool.

Sharing information over the network among all the platforms is the key advantage of cross-play. Besides, it also enables players to migrate from one device to another. Now, it’s working become possible with the computer as particular elements are allowed to be separated across contrast platforms.

The use of code multiple times is the best thing that comes in cross-platform development. Instead of programming scripts specific to each platform, the programmer writes one code and reuses it on multiple channels. As a result, resources, energy, and development time get to save from it as most repetitive tasks eliminate.

C++ is a popular general-purpose scripting language in game development. Compared to Java, it is not that advanced but have the capability of object-oriented, imperative, and generic programming. These all features are well-suited for cross-development projects.

Java is the root of Android. It is a class-oriented, concurrent, and object-oriented programming language. The best part is that it has fewer dependencies for implementation.

It is a programming language with multiple dimensions parallel to Objective-C. Some of its characteristics are functional, imperative, generic, declarative, component-oriented, and object-oriented. C# is the best programming language among game developers because of its easily understandable syntax and great community support for newbies.

HTML5, the markup language meant to allow mobile apps compatible with pcs, is written in this high-level, interpreted programming language. When combined, these languages provide a formidable cross-platform programming platform.

READ MORE:  Essay on Ozone day : Must read this article

If you want something on a budget, Unity appears as the first option. The engine’s capabilities flow with the intuitive C++ scripts that support mobile devices, consoles, and desktops. Simultaneously, the cost of development also remains lower compared to the pure C++ case. One major advantage of this engine is that users do not have access to its C++ base, minimizing the suffering. Along with that, for scripting game features and API, Unity utilizes Boo, C#, or UnityScript. The development environment of Unity is comparatively easy to set up. You only have to select the targeted platform, and the required SDKs will get installed automatically.

Entities who often use Unity for development are indie studios, mobile app developers, and typically every game development company whose major focus is not open world, high-end graphics, and more than 100 hours of gameplay. The plugin number is minimum by default in it, responsible for minimizing the build size. Additionally, many 3D and 2D resources are available in the Unity asset store to enhance the development experience.

With its user-friendly features, Unreal Engine helps learners who lack programming skills to produce basic-level games on this engine. It results in an in-game modification that programmers can amend without writing lengthy codes and making changes. The interface of the Unreal engine is straightforward and intuitive. Besides, the biggest advantage of this platform is the testing of games inside the game engine. 3D graphic designing is also possible with an Unreal engine that makes all the working possible under one umbrella.

READ MORE:  The Unreal Demand Of The Software Development Services

Previously known as Corona, Solar2D is a game engine simulator for 2D game development. Adapted to several ratios and resolutions, this engine is based on Lua. This programming language is easy to follow for anyone, and development teams can easily include elements in it with few lines of code writing. However, the deployment with this game engine is very limited.

To create a classic game with stunning features and graphics, CryEngine is a game engine with a complete package. Sharing a few similarities with Unreal engine, there is royalty-based pricing, responsible for generating handsome revenue.

The rendering model that this engine offers is state-of-the-art in terms of visuals. In addition, all the necessary tools are provided by Sandbox for developing an enjoyable experience with button clicks.

Animations and lifelike characters are also possible to design with this engine. Besides, life-life interaction, audio solutions, interaction, immersion, and real-time visualization enhance the gameplay experience.

With minor changes and amendments in the code, you can publish your game on multiple platforms – thanks to this powerful cross-platform game engine.

It is problematic to develop native applications for different platforms for any mobile game development company. If the product quality suffers, the end-user will also face the issues eventually. Native apps, no doubt, are excellent in term of performance, but developing it for each platform increase the cost.

READ MORE:  The Proper Way to Store Your Car Tyres

We get support for multiple platforms with cross-platform application development. It is a cost-effective solution to cover a large market at once and make users happy. Moreover, with the code reusability option, cross-development becomes the future-proof option for everyone.